The working group collaborates on german, european and international guidelines. The group is involved in projects in the fields of methods research and health services research. Another focus is the creation of systematic reviews and Cochrane reviews.

What is Evidence-Based Medicine?

Evidence-based medicine (EBM) is a medicine that is not based on intuition, unsystematic individual experience or, at best, outdated textbooks, but tries to make medical decisions based on scientific evidence.

EBM has become increasingly important in recent years and is being used in both guideline development and clinical practice. On the one hand, this is due to the ever-increasing volume of results from medical research, which can no longer be overcome in the tight reading time of the individual. On the other hand, the evidence-based assessment of medical literature is an important contribution to quality improvement and quality assurance in clinical practice and in health care. The work of the Cochrane Collaboration (CC) in the context of EBM is an important contribution to obtaining sound scientific answers to questions of clinical practice with high validity or minimal bias. The center of evidence-based medicine is the individual patient for whom the best possible diagnosis or therapy is to be selected. Building on the concept of D.L. Sackett follows a standardized approach: first and foremost is the formulation of an answerable clinical question, the further steps indicate the largely standardized process of decision-making. The decision-making is based on the critical evaluation of the found literature, which mostly uses the resources of the Cochrane Collaboration. At the end the decision made is reviewed.

Structure of an evidence-based case report

However, evidence-based medicine is not only reflective, but also has an innovative aspect. Structured systematic reviews such as those of the Cochrane Collaboration serve to summarize existing knowledge and identify research deficits. These form the basis for future clinically controlled trials. Epidemiology and biomathematics provide the methodological basis for conducting these studies. Within epidemiological research, it is also possible to conduct studies aimed at reviewing the methods used in clinical trials (e.g., the targets used, such as clinical scores). 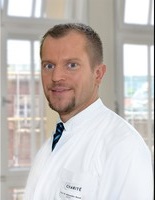 Take a look at the following websites