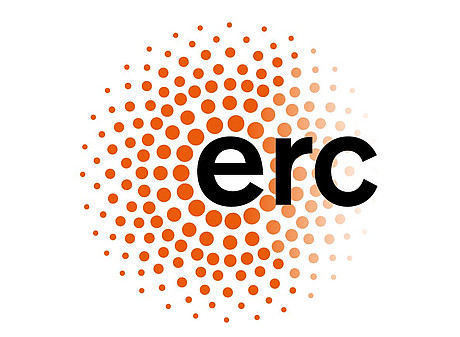 Pioneering research in the fields of neuroscience and pediatric endocrinology

313 researchers from 24 European countries have emerged as winners in the latest round of calls for proposals under the European Research Council’s (ERC) Consolidator Grants program, which recognizes both outstanding research efforts and research which pushes the frontiers of knowledge. Two of these successful researchers hail from Charité – Universitätsmedizin Berlin. One of the new Charité-based projects will deal with the control of body weight and the epigenetic causes of human diseases. The other project aims to help improve our understanding of the fundamental mechanisms involved in hearing. Each of the projects has been awarded nearly € 2 million for a period of five years.

Awarded by the European Research Council (ERC), Consolidator Grants are aimed at researchers wishing to establish or consolidate their own research teams in order to pursue pioneering research using novel methodologies. Applications can be made in any field of research. To be eligible, researchers must be at the mid-point of their research careers, with a proven track record of research which has the potential to have far-reaching impact. The neurobiologist Prof. Dr. Benjamin Judkewitz and the pediatric endocrinologist Prof. Dr. Peter Kühnen were able to convince the selection committee of the merits of their respective projects:

GlassBrain: How are sounds processed by the body and brain?

Prof. Judkewitz’s lab develops new optical approaches to study brain-wide neuronal networks, and was responsible for the recent introduction of the tiny fish Danionella cerebrum as a new model organism for neuroscience. In addition to being one of the smallest living vertebrates, it remains transparent throughout its lifespan. Although Danionella has the smallest known vertebrate brain, it displays a range of complex behaviors, including acoustic communication. According to the NeuroCure scientist, the GlassBrain project will, for the first time, enable the study of the entire acoustic processing chain, from acoustic stimulus via mechanical transmission to brain-wide neuronal integration at single-cell resolution. Combining a range of approaches from behavioral studies, biophysics and physiologiy, this study will test theories of sound localization in fish and identify underlying mechanisms. Finally, by establishing a new model for brain-wide imaging, this study will not just create a single new tool, but will open up a range of ways to optically explore the intact vertebrate brain over the entire lifespan.

E-VarEndo: The role of epigenetic variability in the development of metabolic and endocrine disorders

Severe overweight is one of the major risk factors for both type 2 diabetes and cardiovascular disorders. As a result, the obesity crisis poses a major challenge to healthcare systems worldwide. Currently available treatment and prevention strategies are inadequate to the task of reducing the overall disease burden. The member of Charité’s Institute of Experimental Pediatric Endocrinology, Prof. Kühnen, focuses on genetic disorders which cause obesity. His recently secured ERC Consolidator Grant will support a project dedicated to epigenetic changes, i.e., modifications to DNA which regulate gene activity. There is evidence to suggest that epigenetic variants play an important role in an individual’s risk of developing obesity. In this context, the term epigenetics refers to molecular mechanisms involved in regulating gene activity and expression without changing the DNA sequence itself. DNA methylation – the addition of a methyl group to the DNA molecule – is probably one of the most stable epigenetic mark. Animal studies have shown that epigenetic changes play a crucial role in determining an individual’s phenotype, such as weight or hair/coat color, and that such traits do not merely reflect genetic variants. The E-VarEndo project will investigate whether epigenetic mechanisms such as DNA methylation also play a role in humans, affecting an individual’s lifetime risk of developing obesity and metabolic disorders. The researchers will focus on ‘metastable epialleles’, DNA loci whose epigenetic patterns are established during early embryonic development. Prof. Kühnen’s team hope that further insights into epigenetic risk profiles will help to improve our understanding of the way in which body weight is regulated. Ideally, this will inform the development of new strategies in the treatment of, or further improvements in, preventing obesity.

Danionella cerebrum: only 12 millimeters in length and so transparent that even the eye on the far side can be seen through the brain. © Charité | Judkewitz Lab

Certain epigenetic patterns which are established during early embryonic development