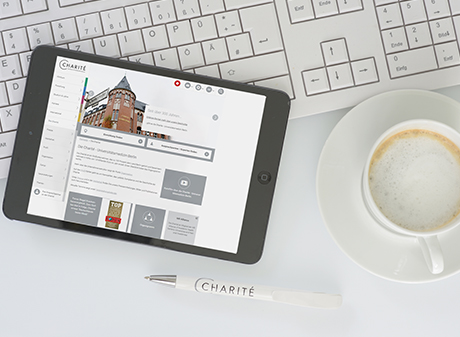 Today saw the launch of the mission ‘Cosmic Kiss’ to the International Space Station (ISS). German astronaut Dr. Matthias Maurer forms part of the crew. Plans for the mission include approximately 100 scientific projects, four of which will be led by researchers from Charité – Universitätsmedizin Berlin. These will focus on: the monitoring of changes in body temperature and muscle properties during space missions; improvements in training programs aimed at preventing muscle loss; and changes in cell-to-cell contacts under zero gravity conditions. The coordination of individual projects falls under the remit of the national space program of the German Space Agency at German Aerospace Center (DLR) and will be handled in conjunction with the European Space Agency (ESA). Charité’s four projects receive more than € 1.5 million in funding from the DLR with funds from the Federal Ministry for Economic Affairs and Energy (BMWi).

Ready for liftoff! The SpaceX carrier rocket lifted off from NASA’s Kennedy Space Center in Florida, USA early on Thursday morning, Central European Time. The ‘Cosmic Kiss’ mission’s four crew members will travel to the International Space Station (ISS) on board a Crew Dragon capsule. They will remain on the ISS until April 2022.  Joining his three NASA colleagues is ESA astronaut Dr. Matthias Maurer, the 12th German in space and the fourth German on the ISS. This will be the 51-year-old materials scientist’s first-ever space flight, for which he has been training and preparing since April 2020.

During his mission, Dr. Maurer will conduct an array of experiments.  Responsibility for the selection and coordination of the mission’s German experiments rests with the German Space Agency at the DLR. All experiments have completed numerous testing stages, such as parabolic flights. Responsibility for their planning and completion rests with the European Space Agency's (ESA) ‘Columbus Control Centre’, which is located at the DLR facility. All of them will be conducted inside the Columbus Module, a European research facility which forms part of the ISS. Of the more than 100 experiments which Dr. Maurer will be conducting, 35 have German involvement. They range from basic research endeavors to application-oriented research from areas such as the life sciences, natural sciences, and materials science. Four of the projects to be conducted on board were developed with Charité involvement.

“The zero gravity conditions on board the ISS offer us a unique environment. They enable us to study biological and physical processes almost without interference from distorting factors, something that would not be possible in any laboratory on Earth. We are delighted about this opportunity and are keen to see how these projects unfold,” says Prof. Dr. Hanns-Christian Gunga, Deputy Director of Charité’s Institute of Physiology and spokesperson for the Institute’s Center for Space Medicine and Extreme Environments Berlin (ZWMB).

Details of projects with Charité involvement:

Human physiology has evolved to work with Earth’s gravity. This includes body temperature regulation. Zero gravity conditions disrupt normal thermoregulation, the process which keeps the body at a constant temperature. The result is a persistently elevated body temperature, which is also referred to as ‘space fever’. The Thermo-Mini project will use a headband-mounted, miniaturized thermal sensor to record Dr. Maurer’s body temperature and circadian rhythm. The aim is to ensure astronauts like Dr. Maurer do not endanger their own health as a result of overheating during exercise and extravehicular activities. The thermal sensor offers a reliable, rapid and pain-free method of continuous temperature monitoring over a longer period of time.

It is hoped that the data thus collated will determine whether or not the miniature sensor is suitable for long-term use in space. It is possible this type of temperature monitoring will one day be included in standard astronaut health monitoring protocols. The device may also be suitable for use by people working in other extreme environments, such as miners and firefighters.

A suitable exercise program, aimed at maintaining muscle strength in zero gravity conditions, is crucial; it enables the ISS crew to fight muscle atrophy and maintain physical fitness. The Myotones project will analyze key biomechanical properties of skeletal muscle to enable researchers to both identify and fight the signs of muscle atrophy. Throughout the entire mission (as well as before and after it), Dr. Maurer will use a small, hand-held device to measure his resting muscle tone (muscle tension when at rest) and monitor both muscle stiffness and elasticity (also at rest).

The MyotonPRO device, which is roughly the size of a smartphone, will be used to monitor approximately ten pre-determined measurement points across the astronaut’s body. The device obtains readings via a small sensor which is briefly placed on to the skin, producing and storing real-time data on the biomechanical properties of underlying structures such as muscles, ligaments and myofascia.

The aim of the EasyMotion project is to support the astronaut’s program of muscle-building exercises. Throughout the mission, Dr. Maurer will be wearing a specially qualified space suit when exercising on the ISS. The suit’s dry electrodes (which are flat and fully integrated into the suit’s material) deliver brief, low-frequency impulses to stimulate muscles. This ‘electrical muscle stimulation (EMS)’ will complement the astronaut’s routine training program. The aim is to optimize training effectiveness during the preparation stage, throughout the space mission and after his return, and to reduce the overall time spent on exercises to below the current 2.5 hours a day.

This project will work in conjunction with the Myotones project which, in addition to evaluating the properties of skeletal muscle, will also take measurements at 60-day intervals to determine the effects of EMS on skeletal muscle. The data thus collected will be promptly transmitted to the ESA ground station in Toulouse, France. In conjunction with the ESA’s ‘European Astronaut Centre’ (EAC) in Cologne, Germany, they will then be analyzed by a team of researchers from Charité’s ZWMB.

Normal muscle function is dependent on neuromuscular junctions, the synapses which form the contact points between nerve cells and muscle cells. The NEMUCO/Cellbox-3 project will study changes in the structure and function of these cell-to-cell contact points. For the first time, cell culture-based experiments will be used to study cell formation under zero gravity conditions.

Using a fully automated micro-laboratory, three-dimensional cell culture models of isolated nerve cells will be co-cultured with young skeletal muscle cells. These cultures will then be exposed to controlled conditions on the ISS for several days. The cells will be chemically fixed while still under zero gravity conditions. Once the space mission returns to Earth, the samples will be analyzed at Charité. In addition to microscopic analysis, cells will also undergo RNA sequencing and proteomic analysis, i.e., an analysis of the entire set of proteins found inside a cell. It is hoped that the findings gleaned from these experiments will improve our understanding of the molecular processes involved in supplying muscles with nerve cells.

It is further hoped that, after the mission’s return to Earth, Charité’s projects will inform endeavors aimed at optimizing rehabilitation and training programs. “Muscle tone and muscle stiffness are important indicators of muscle health and, consequently, indicators of physical fitness and physiological performance – both in space and on Earth,” says Prof. Dr. Dieter Blottner of Charité’s Institute of Neuroanatomy and Charité’s ZWMB. “The non-invasive and easy-to-use technology utilized as part of our Myotones project may one day be used in areas outside of sports medicine and physiotherapy, such as in the clinical evaluation of people with movement disorders, musculoskeletal disorders and musculoskeletal injuries. The implementation of this digital technology in routine clinical practice may enable the objective evaluation of a patient’s current health status and may help clinicians to monitor treatment progress.”

Project funding and partners
The experiments which form part of the Thermo-Mini, Myotones, EasyMotion (EMS-TECH) and NEMUCO/Cellbox-3 projects are being conducted by the German Space Agency at the DLR Bonn and financed with funds from the Federal Ministry for Economic Affairs and Energy (BMWi). Scientific leadership is provided by the Center of Space Medicine and Extreme Environments Berlin (ZWMB) at Charité’s Institute of Physiology. The Thermo-Mini research lead is Prof. Dr. Hanns-Christian Gunga. The miniaturized sensor was developed by Dräger GmbH and Charité; it was adapted for use in space by KORA Industrie-Elektronik GmbH. Prof. Dr. Dieter Blottner is research lead on both the Myotones and EasyMotion projects. The Myotones project is supported by the University of Southampton, UK. The miniaturized sensor used in this project was developed and adapted for use in space by Estonian company Myoton AS. EasyMotion is being supervized by the ESA’s European Astronaut Center (EAC) in Cologne, Germany. The EasyMotionSkin training system and app were developed and adapted for use in space by EMS GmbH. The system was adapted for this mission by OHB System AG. The Cellbox-3 experiment forms part of the NEMUCO project and is led by Dr. Michele Salanova of Charité’s Institute of Neuroanatomy. Scientific leadership for SHAPE, another project dedicated to the study of human cells, is provided by Goethe University Frankfurt, Germany. Cellbox-3 will be conducted on the ISS using fully automated micro-laboratories developed by yuri GmbH.

By measuring different properties of muscles using a hand-held measuring device, researchers will be able to detect signs of muscle loss and evaluate the success of targeted training programs. © DLR

As part of this project, muscle training will be supported using an electrical muscle stimulation (EMS) suit. © NASA

This project will use a fully automated micro-laboratory to study 3D cell cultures of muscle and nerve cells under zero gravity conditions to improve our understanding of cell-to-cell contacts. © Charité | Michele Salanova

Information about the ‘Cosmic Kiss’ mission